Capital city; Dubai
Population; 9.5 million
Currency; UAE Dirham
Km travelled; Only travelled by Taxi
Days in; 15 (made up by various transit stopovers)
Languages; Arabic
General
The United Arab Emirates (UAE) are also called the emirates. It is located on the Arabian Peninsula bordering the Persian Gulf. It is made up of 7 emirates Abu Dhabi, Ajman, Dubai, Fujarah, Ras Al Khaimah, Sharjah and Umm Al Quwain. Around 9 .5 million people live in the emirates. However just 1.5 million are Emirati’s 8 million are foreigners. Islam is the official religion. The emirates have the 7th largest oil reserves in the world and huge gas reserves (17th in the world) Dubai is the largest city and a very important aviation and maritime trade hub. The government does not charge income tax however since 2018 they have in place 5% GST (value added tax)

TOURIST HIGHLIGHTS
The UAE has developed from a desert full of Bedouin tribes to one of the world’s most modern and wealthy States in only about 50 years. From oil the Emirates are now concentrating on Tourism and this acts as a growth sector for the entire UAE economy. Dubai is the top tourism destination in the Middle East. Dubai is a city that must be seen to be believed. Record-breaking architecture stands alongside traditional quarters, while manmade islands jut out of the striking coastline.
BURJ KHALIFA
Standing 828 metres high, it is hard to miss. The world’s tallest tower naturally dominates the Dubai skyline, but the true majesty of the building is best appreciated up close or, even better, from inside. On a clear day, the view from the observation deck on level 124 is stunning, topped only by the view from the luxurious At the Top Sky Lounge on the 148th floor. And for those who would like to linger awhile, enjoy a meal at At. mosphere on level 122 or head to The Lounge, Burj Khalifa that covers levels 152, 153 and 154, making it the tallest lounge on the planet.
PALM JUMEIRA
A manmade island in the shape of a palm tree – there’s a reason why locals say ‘only in Dubai. Palm Jumeriah is one of the largest artificial islands in the world and a triumph of human ingenuity. Enjoy the Palm’s vast array of high-end hotels, including the Waldorf Astoria, Fairmont, One&Only, Jumeirah Zabeel Saray and, perhaps most notably, the iconic Atlantis the Palm. And with a monorail running down the ‘trunk’ that connects to the mainland’s tram system, getting there couldn’t be easier.
DUBAI CREEK
The real heart of the city is, the Creek. The saltwater estuary is the original site where the Bani Yas tribe settled, and its waters were vital for what used to be Dubai’s main forms of economy: pearl diving and fishing. Today, the area is awash with the history of the emirate, as it’s home to a labyrinthine alleyway of the gold, spice and textile souks. While at the Creek, a ride across the water on a traditional abra is a must, and at an unbelievable AED1 per ticket, it’s easily the best value tourist attraction in the city.

DUBAI DESERT
20 minutes out of town you are in the Arabian desert, do as the locals do and go off-roading, quad biking and sandboarding followed by traditional barbeques, henna and camel rides.

SHOPPING
Dubai Mall (world largest shopping mall) or go outdoor shopping at the City Walk 13000 sg meters vehicle free treelined streets with shops and restaurants. Visit the eye-popping wonder of the internationally inspired Ibn Battuta Mall, these mega-complexes are filled with entertainment for all ages and some of the planet’s most luxurious brand names. Plus, when you tire of shopping you can hit the slopes on an indoor ski mountain or swim with sharks in a massive aquarium— it’s all possible at these incredible malls.

CLIMATE
The climate of the UAE is subtropical-arid with hot summers and warm winters. The hottest months are July and August, when average maximum temperatures reach above 45 °C daily However in the mountains are the temperatures a lot lower. Winter temperatures average between 15 at night and 25 during the day. with. The average annual rainfall in the coastal area is less than 120 mm, but in some mountainous areas annual rainfall often reaches 350 mm. The region is prone to dust storms which can severely reduce visibility.

THIS PAGE IS UNDER CONSTRUCTION 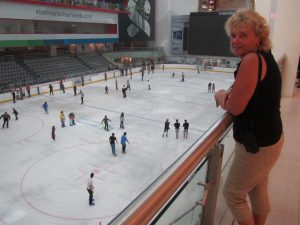 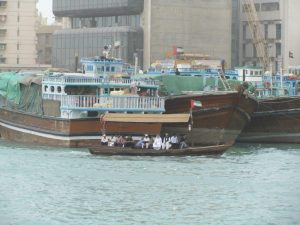